This talk examines the relationship between Japan’s imperialisation campaign and Taiwan’s knowledge and literary production in the early 1940s. It posits that Japan’s call for revitalising local cultures, despite its imperialist agenda, provided a discursive space for the colonised to articulate alternative voices and forge their identities.

Research on colonial-era Taiwan’s literary and cultural production has been growing steadily in number since the 1990s but are mostly dedicated to constructing a coherent resistance-centred postcolonial historiography. Such a reading has some validity and is mainly because the moral and national imperatives remain important for a large number of Taiwanese critics. However, it is limited and tendentious because it reduces the dynamic interactions between Japanese and Taiwanese to merely an artificial binary.

This talk seeks to explore the intricate relationship between the imperialisation campaign of the colonial metropole of Tokyo and the knowledge and literary production of its colony Taiwan in the early 1940s, the heyday of Japan’s military expansion. It takes the concept of ‘folklore’ and related terms such as ‘locality’ (chiho) as its primary point of inquiry. Offering a revisionist reading of the diverse nationalist articulations of ‘folklore’ and locality in two case studies: the diverse voices in Minzoku Taiwan, and Lü Heruo’s relatively gloomy but lyrical works on Taiwan’s cultural practices at a time when uplifting and optimistic literature was demanded. It argues that the colonisers’ identity was in constant need of re-forging, whereas the colonial policies and what the colonised writers hoped to achieve were not always incompatible. The colonisers’ call for revitalising local cultures provided a discursive space and highly contested ground for both the colonisers and colonised to redraw the imperial boundaries and negotiate their own identities.

Pei-yin Lin is Associate Professor at the University of Hong Kong. She holds a PhD from SOAS (University of London), an MPhil in Chinese Studies from Cambridge, and MAs in Postcolonial Studies from Kent, and in European Languages, Literature and Thought from Queen Mary (University of London). Her areas of research include modern Sinophone literature and culture, East Asian comparative literature, postcolonial studies, and issues on gender and ethnicity. She has taught at Cambridge, National University of Singapore, and SOAS prior to HKU, and was a Harvard-Yenching Visiting Scholar (2015-2016) and Chair of Taiwan Studies at Leiden (Fall, 2020). Her recent publications include Colonial Taiwan: Negotiating Identities and Modernity through Literature (Brill, 2017), East Asian Transwar Popular Culture (Palgrave, 2019, co-edited), and Positioning Taiwan in a Global Context: Being and Becoming (Routledge, 2019, co-edited). 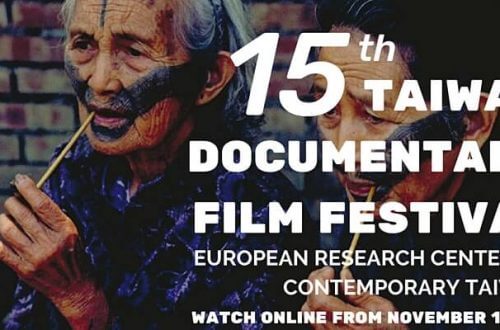