In 2019, two years after Taiwan’s Constitutional Court recognized same-sex couples’ freedom to marry, Taiwan passed a law to legalizes same-sex marriage registration and became the first country in Asia to do so. It is internationally acclaimed as a progressive move that demonstrates Taiwan’s status as a regional leader in LGBTQ rights. It is widely recognized as a remarkable achievement due to the government’s fearless commitment to marriage equality and the marriage equality movement’s indefatigable efforts, despite the controversy over whether or not same-sex marriage should be legalized. This standard narrative tells half of Taiwan’s story. When examined from a critical perspective, the dynamics of law and politics demonstrates a case of “interest convergence,” rather than the application of a determined political will. The goal and pursuit of a “marriage cure” for inequality are not without contestation. The milestone legislation legalizes a same-sex marriage that is not the same. For one, the statute does not name the same-sex union “marriage” and the parties of the union “spouses.” This alternative understanding begs questions: how same-sex marriage should and could have been legalized? What is the preferred role of marriage on the road to equality? From a radical feminist perspective critical of marital supremacy, this lecture tells a Taiwan story that challenges conventional understandings of legalizing same-sex marriage in Taiwan and advocates for a reorientation toward “single equality” in the age of marriage equality.

A graduate of National Taiwan University and the University of Michigan Law School, CHEN Chao-ju (陳昭如) is professor of law at National Taiwan University College of Law and director of the Women’s and Gender Studies Program at National Taiwan University. She has written extensively in the fields of feminist legal history, equality feminism, and social-legal studies. She combines theoretical analysis with social inquiries and historical insights to examine the preservation of legal patriarchy through transformation, examining the dynamics of feminist legal mobilization, and challenging the myth of liberal feminism and legal Orientalism. Her research has been recognized by distinguished research awards from Academia Sinica and the Ministry of Technology and Science. Her teaching has received excellence in teaching awards at National Taiwan University. As an engaged feminist legal scholar, she has also been actively involved in legal, social, and political advocacy in Taiwan, including leading a major feminist NGO (the Awakening Foundation) (2012-2014) and an organization advocating for constitutional democracy (Taiwan Democracy Watch) (2016-2018). 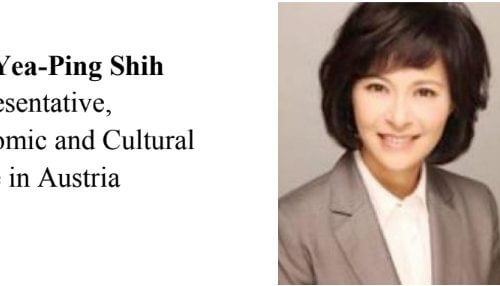